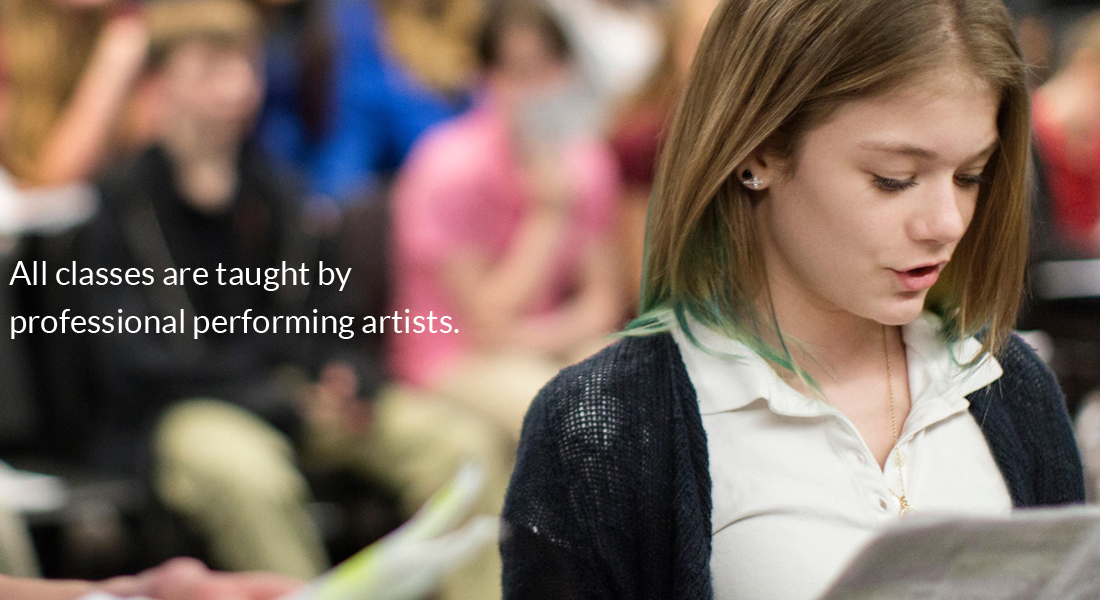 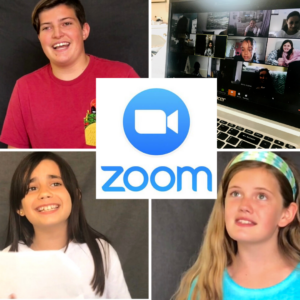 Training for the young actor.  Along with improv, acting exercises and theatre games, students get to work with the latest sides from film, sitcom, episodic, and commercials. Class sizes are kept small to ensure each actor receives proper individualized attention. We will be working on script analysis, character creation and development.  The class provides an opportunity for the actor to develop their technique in depth. Students will learn how to:

Bring a script to life

How to build a character

Students will develop their craft in an inspirational, energetic, fun and supportive environment.  We encourage our students to risk, explore, create and to believe in the powers of their creativity.

**Class size is strictly limited in order to give our students the individual attention they require. 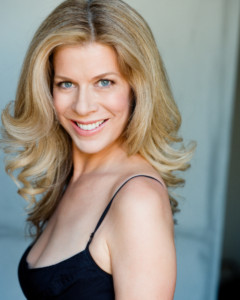 Susan is an award winning actress who has worked in the profession for over 20 years in film, TV, stage, voiceover and animation.  She has taught in Los Angeles and London and current and past students have worked on TV shows, feature films and on stage, including Broadway and West End productions.  Susan trained in London and after moving to Los Angeles studied with the renowned acting teacher and director, Milton Katselas for several years.  She has played lead roles on London’s West End, starred on Broadway and with the RSC.   Feature films have included productions for Dreamworks, Disney, Classic Media, Miramax, Media8, starring alongside Hugh Jackman, David Tennant, Rupert Grint, Jim Broadbent, Tom Sizemore, Fred Willard, Jamie-Lynn Sigler to name a few. Susan has played series regular and recurring roles on numerous TV shows including ‘Lost’, ‘Emmerdale’, ‘Vice’, ‘NCIS’, ‘Days of Our Lives’, ‘The Unit’ among many others.

Susan is passionate about teaching young actors and empowering them with the tools, techniques and discipline they need to succeed as actors. She has successfully coached many, many actors, both seasoned professionals and young performers, to roles on TV shows, stage and feature films.

“Brilliant program, wonderful teachers. Emily had so much fun. The teachers are excellent, lots of support, a happy environment, it’s fantastic. Big, big thank you for all your wonderful work.”

“Thank you for everything. You and your team are doing a fantastic job, I am very impressed. Kasia absolutely loves it and can’t wait for classes every week.”

“Thank you so much for bringing out the absolute best in my normally shy child! The teaching was outstanding, she learned so much in all three disciplines. My daughter was bubbling with enthusiasm for days afterwards and can’t wait to come back!”

“The workshop reached far beyond our expectations. Sara had such a fantastic time and learned so much. She LOVED it. We can’t wait for the camps.”

“So impressed with your academy. My daughter really loved the classes and the show at the end was excellent. We can’t wait to sign up again.”

“The on-camera audition videos are wonderful – I must say we really got what we were looking for from your Acting Intensives – a musical, a drama, on camera and auditioning experience, theater games and improv…fun and supportive environment with great teachers and focused kids!”

“The girls had an absolute ball and looked forward to every Saturday. I particularly liked how the teachers looked after each child and tailored the training to their level.”

“We are new to Young Actors Academy and we’re really glad that we joined the session. My son is a little bit introverted, so it was great to see him really step up his confidence in such a short time. You are an amazing teacher, Susan. Loved you on LOST, too!”

“Ellery is loving every minute of your class!  We can’t wait for the show. Your academy is amazing.”

“Theo really loves the classes. He has grown in confidence and sings all the time at home. You have worked wonders!”

“You have such a remarkable way to bring out the best in EVERY SINGLE performer on stage. Truly, they ALL shine on stage. I’ve never seen anything like it. You are amazing and like I’ve said many times now, we are so lucky to have found you!”

“My daughter really loves the classes and always comes out happy and enthusiastic! She asks every day if it’s a Young Actors Academy day and comes home with a big smile each week and is excited to tell me what she done. We can’t wait for the summer camp!!”

“Izzi adores your classes. She says it’s SPECTACULAR!  She truly shines and is happiest on the stage and she’s happiest above all working with you in the classes and on the shows. Thank you!”

“My little girl skips into the studio on a Saturday. She absolutely loves these sessions and wished it was actual school! The teachers are enthusiastic and warm and we would totally book again!”

“Piper loves your acting class deeply. It’s so much fun and filled with positive, creative energy. Thanks so much for inspiring her.”

“Both Adam and Sarah had an amazing experience! Since the first class, they come home excited and happy singing the songs and talking about all the kids who were doing the class with them like they’d been friends forever. I was impressed how quickly they picked the lines and songs up and by the enthusiasm they brought home. For them was an incredible experience.”

“Thank you Susan & team for making Anabelle’s year so special and memorable. She loves the classes and the show was amazing.”

“My two kids train privately with Susan. We’re so lucky to have someone of her caliber teaching our kids. An award winning actress working in film and TV who has played starring roles on London’s West End and on and off Broadway, teaching here! My son is working on a Disney TV show because of her amazing coaching and my 19 year old who has been coaching with her for a few years is constantly booking.’